THE SAME WORLD, THE SAME LOVE

Based in Wenzhou, Zhongkai products are exported to more than 80 countries and regions such as Europe, North America and Southeast Asia

Almost every child has a wish to play happily in the playground. The safety of amusement parks has always been a topic of widespread concern in the society.

The Mid Autumn Festival and National Day holidays are coming. In order to ensure the safety of citizens' holiday parks, 20 parks with large amusement facilities in our city have also begun to accept municipal random inspection and self inspection by county (city, district) quality supervision departments in recent days.

In the childhood of the post-80s and post-90s in many urban areas, Huangyan Jiufeng Park, Luqiao Shibang Park, etc. are all necessary amusement parks for spring and autumn outings in childhood.

At 9 a.m. on September 22, the reporter followed the relevant staff of the Municipal Bureau of quality supervision to conduct a pre Festival spot check on Huangyan Jiufeng Park established in 1987.

It rained on weekdays. There were almost no tourists in the park, and all large amusement facilities were out of service.

Wu Yong, manager of the park and director of the engineering department, said that at present, there are 28 amusement projects in the park, including the "new member" roller coaster that is currently undergoing national inspection and is expected to be put into operation on the national day. Although it is not as prosperous as before, many citizens still bring their children to play during weekends and festivals, and they also pay great attention to the daily maintenance of these amusement facilities.

The staff of the special office of the Municipal Bureau of Quality Supervision inspected the compulsory annual inspection certificate of bumper cars, "meteor hammer" and other large amusement facilities in the park. After confirming that they passed the annual inspection, they also checked whether the operators had the special equipment operator certificate, and inquired about the implementation of the emergency plan.

The amusement facility "meteor hammer" was selected as the key spot check item, and the problems such as the unclear warning mark of the control switch were pointed out at the scene. At the same time, the staff of the special office also asked the park to draw warning lines on the ground at the entrance of each amusement facility to prevent tourists from entering by mistake.

20 large amusement parks in the city will undergo "physical examination"

At present, there are 20 amusement facilities operating units in the city, with a total of 90 sets of equipment, including 78 sets of equipment in use and 12 sets of equipment out of service, which are mainly distributed in the urban area, Wenling and Yuhuan, such as Jiufeng Park and Yongning Park in Huangyan, Dongshan Park in Jiaojiang, Shibang Park in road and bridge, Hushan Park and Jinping Park in Wenling, and Yong'an Park in Xianju, Yuhuan has many amusement facilities in the city, accounting for nearly 1 / 3, including Xuanmen Bay sightseeing park and Longxi amusement park.

The staff of the special office said that in the next week, that is, before the National Day holiday, all large amusement facilities in our city will undergo "physical examination", "In addition to the daily maintenance of each park, the quality supervision department will conduct a comprehensive inspection of the city's large amusement facilities before children's day and national day every year to ensure the safety of visiting the park during the festival, and each park will also strengthen safety duty."

For these large amusement places, the quality supervision department mainly focuses on whether the safety management system of the facilities is formulated, use registration, regular inspection, operators work with certificates, safety protection device maintenance, emergency disposal, etc. are implemented and meet the requirements. The safety hazards found in the inspection are included in the hazard treatment account, rectified within a time limit, and a special person is designated to investigate and supervise the rectification of safety hazards It is forbidden to use those that do not meet the safety requirements, and take necessary measures such as power failure and blocking to stop the equipment. 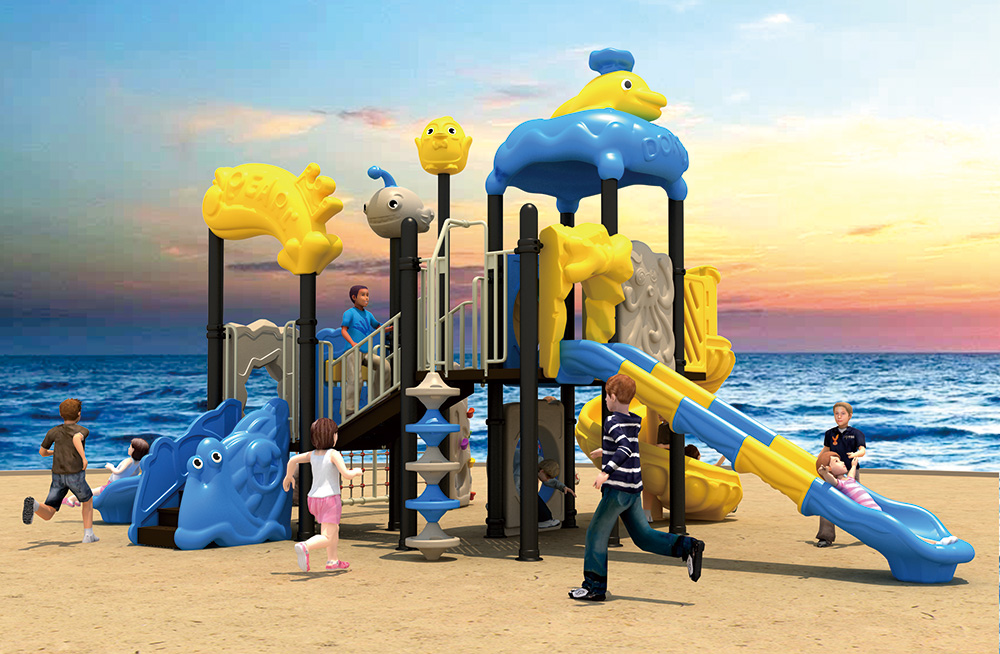 Due to the small number of tourists, most class a amusement facilities are out of service

In recent years, Taizhou People's living conditions are getting better and better, but some large amusement places or large amusement facilities in Taizhou are out of service because of a small number of tourists.

For example, Jiaojiang Sun City, which was once popular in the early years, is really a large amusement park in Taizhou. However, due to poor management and other reasons, the Sun City closed down a few years ago, and the dreamy Ferris wheel has never turned again.

In addition, Jinping Park in Wenling, class a amusement facilities such as roller coasters are also out of service.

Most of the large amusement facilities in good operation are suitable for children under the age of 13, and their safety has attracted more attention.

It is divided into 13 categories

9. Small train: it runs along the ground track and is suitable for shops, internal combustion engines and other large amusement facilities with similar power drive and movement forms.

10. Bumper cars: large amusement facilities that operate in a fixed parking lot and are driven by electricity, internal combustion engine and human power, and the car bodies can collide with each other.

11. Slideway: large amusement facilities made of profile or groove materials, laid or erected on the ground in slope shape and sliding along a fixed route by riding a control pulley, such as pipe rail slideway, etc.

Go to the playground

You have to pay attention to this

◆ carefully read the instructions for passengers at the entrance, understand the amusement rules, especially the amusement facilities that require height, age, weight and physical health, and determine whether they can ride by themselves.

◆ listen to the on-site operators to explain the operation mode and safety precautions, obey the management and command, and queue up in an orderly manner to enter the amusement area.

◆ when sitting in the correct posture, you must fasten (lock) the safety belt, safety pressure bar and hold the handrail. It is strictly prohibited to take dangerous actions such as unlocking the safety protection device and leaving the seat at will during operation.

◆ it is not allowed to walk out of the cabin before the amusement facilities have stopped completely or the staff have not been notified.

◆ children should ride the amusement facilities under the supervision of * * *.

◆ in case of strong wind, rainstorm, lightning or thunder and other special weather, please do not take outdoor amusement facilities.

◆ it is strictly prohibited to bring inflammable, explosive and other dangerous goods into the amusement facilities.